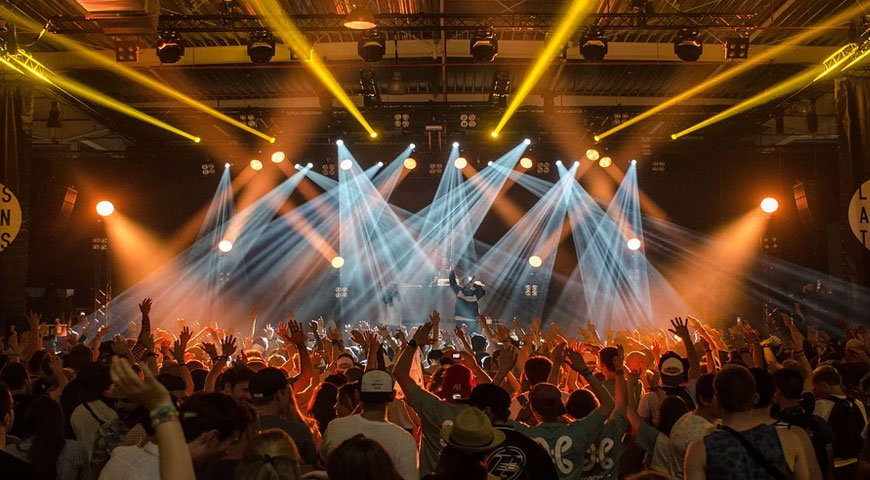 Music festivals provide fans with an experience to view their favorite artists in one place. These events draw thousands of fans to small and big cities across the world with their A-list acts. Of course, you can find local food vendors and a lot of booze.

In the US you find most of the biggest music festivals, but here we will have a look at some of the largest and most popular international music festivals.

Some of the great perks around this festival include shuttle services to and from the various concert venues, swimming pools, and large camping grounds. The headliners at NOS Alive are always spectacular names including, The Cure, Smashing Pumpkins, Bon Iver, Chemical Brothers, and Vampire Weekend.

They are one of the first festivals to offer assistance to pregnant women. With comfortable seating and on-call nurses, these are safe viewing spaces for any pregnant woman.

The CMA Festival donates half of its earnings towards different charities each year. Founded in 1972, it was first known as Fan Fair. It is one of the most important festivals around country music and its culture. It presents hours of concerts, not to mention there are meet and greets available with the artists.

The festival is hosted on the 338-acre Slottsskogen park, and the lineup consists of a wide variety of different genres and artists, including everything from The cure to Cardi B.

This festival can host over 125 000 attendees in a ski resort in Yuzawa, Niigata, and usually happens during the months of July. A well-known fact about the festival is that at their first festival they were hit by a typhoon. The headlining act ‘The Red Hot Chili Peppers played their full set while the storm was raging.

One of the biggest festivals for rock music, the attendees soar up to 150 000 in Nuremberg. Rock am Ring reached its fame with MTV broadcasting some of its shows in the 1990s.